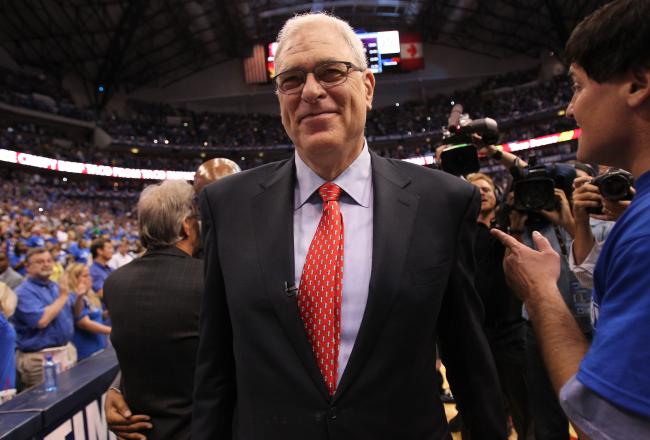 Phil Jackson has been out of the NBA, and the limelight that accompanies it, for almost 2 years now. Basketball fans have been deprived of the Zen Master’s wisdom, cleverness and cunning approach.

Phil told it like it is, or at least as how he saw it; it didn’t matter the topic, player/person or even city.

He’s called Vladimir Radmanovic a “Space Cadet” for his times of mental lapses on the court.

In his book, The Last Season, he called Kobe Bryant “un-coachable” describing his stubborn nature.

He called the entire city of Sacramento a “cowtown” and the city of San Antonio nothing but a “tourist trap.”

He’s gotten into war of words through the media with the likes of Mark Cuban, David Stern and Clippers’ owner Donald T. Sterling.

The Phil Jackson Zing and Zen have been missed dearly. Then out of nowhere, the basketball world received great news yesterday that a verified Phil Jackson twitter account had come to existence.

Akin to Moses bringing down the stone tablets with the Ten Commandments from Mount Sinai to the people, Phil tweeted his first message:

Okay its not quite an announcement of biblical proportions, but knowing Phil, there is probably great meaning skillfully forged within the message.  Remember, in order to decode what Phil says, its not just what he says, but what he doesn’t say. For those of us that are fans of Phil-Speak, we hope there is a lot more that he does have to say via this new social media outlet.