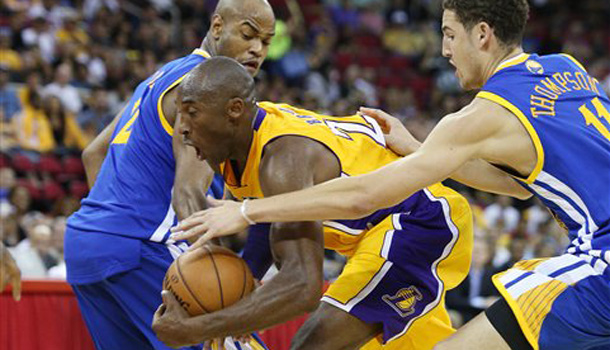 Prior to the Mike Brown firing, the Lakers offense looked labored, the players looked uncomfortable and uninspired. In the first game after the firing of Mike Brown against the Warriors Friday Night, the Lakers looked rejuvenated as if they were handed a new lease on life.

After the Lakers 101-77 trouncing of the Warriors Friday night, Kobe Bryant commented about his thoughts on their energy level and more confident look on offense:

”I think everybody didn’t know how to react to it emotionally…’Everybody had to just go about their business and play basketball. … A lot of the emotion that was picked up was kind of unleashed when we played.”

Kobe Bryant led the Lakers in scoring for the 3rd time in the last 4 games. Kobe tallied 27 points on an efficient 10 of 18 shooting; He also added 9 rebounds and 7 assist for an all around well rounded game. Jordan Hill led the team off the bench with 14 points and there was finally a Jodie Meeks sighting who played for the first time since he played 4 minutes in a blow out win against the Detroit Pistons on November 4th. Meeks ended the game with 7 points and totaled 15 minutes.

The Lakers next game is on Sunday at home against the Sacramento Kings. The Lakers are hoping to have at least named a replacement coach for the remainder of the season by that time. 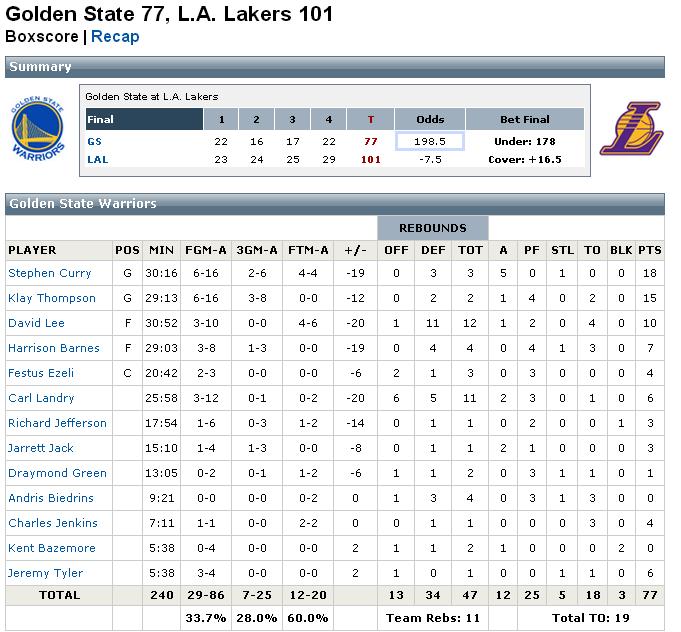 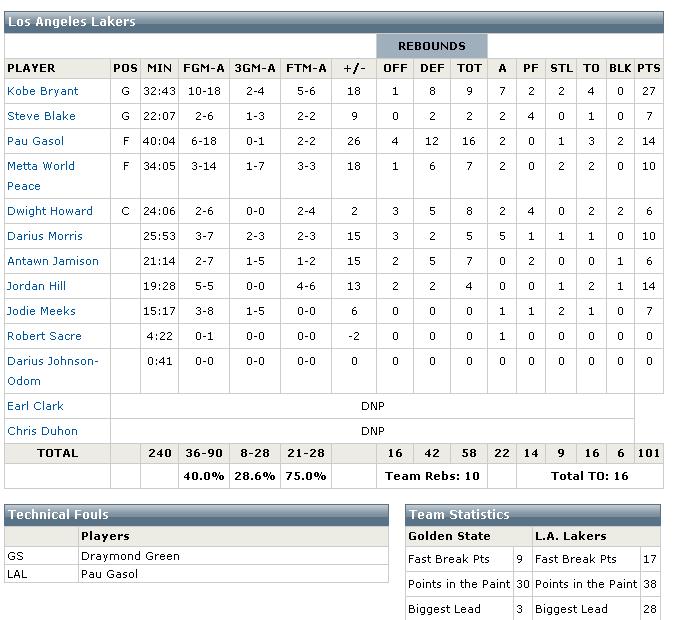