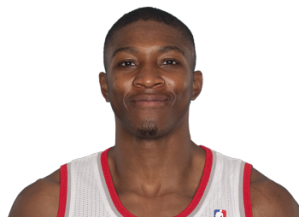 The Portland Trailblazers cut athletic point guard Armon Johnson on Monday to make room to sign free agent big man Joel Przybilla. This leaves the 6-3, 200 lb guard out of Nevada currently out of a job. If a NBA team is interested in his services they can put a claim in to pick him up off of waivers or just sign him outright if he clears waivers in 10 days.

Armon hasn’t been able to get much playing time in the NBA since he was drafted by Portland with the 34th pick in 2010. Armon has played in only one game this season after playing in 38 games in last year’s rookie campaign. As such, he hasn’t established much of a sample size to gauge how effective he has been at the elite level. Armon did get some time in the NBDL with the Portland Trailblazers’ affiliate, the Idaho Stampede. Usually the NBDL is where many of NBA roster players put up big numbers against the far inferior talent of the league; however, this wasn’t the case for Armon. In 6 games with the Stampede, he averaged just 11 points and 6.8 assist in about 26 minutes of action per game. In his 6 games, Armon shot a very poor 38% from the field.

While Armon’s lackluster showing in the league thus far would make it appear that he has very little value, his keen defensive ability might be attractive to a team as a situational player. A team that automatically comes to mind is the Los Angeles Lakers that has had a troublesome time containing even marginally talented point guards this season. In consecutive games early this month, Jeremy Lin and Jose Calderon torched the Lakers perimeter defenders for 38 and 30 points respectively. Armon hasn’t shown that he can do much at the NBA level, except possessing the athletic ability and tenacity that is vital in guarding his position. That might be enough to garner interest from the Lakers as their collection of lead guards are completely void of these abilities.